5 Budgeting Myths You Should Not Believe 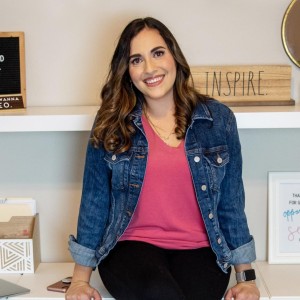 Have you ever noticed that our beliefs are dependent upon our experiences and circumstances in life? For instance, your view of money was most likely shaped from a very young age. If your parents argued about money, then you learned that money leads to fights. You don’t associate money with happiness.  Likewise, if money was never a topic of conversation at your house growing up, then you learned that money is taboo. We develop beliefs about budgeting and money from the people that surround us. And we also believe budgeting myths that are just not true.

For instance, I think I actually believed that I would not have to pay my student loans back (sad, I know)! I had this myth in my head that if I didn’t face the fact that I was borrowing thousands each year, then no one would come knocking on my door asking for money. And the truth was that I was going to be graduating college with a ton of debt. Not to mention I chose a job that didn’t pay the best!

I’m going to let you in on a little secret. When I was growing up I hated math.  Actually, I don’t know if the word “hate” is strong enough.  “Loathe” is much more appropriate. Math was difficult for me and I just flat out struggled.  Even in college, I’ll never forget telling my friend that I did not want to teach math when I became a teacher (spoiler: I’m a math teacher now!). In fact, I used the “I’m bad at math” excuse to flat out refuse to budget.  I mean, why bother? I was bad at math! Fortunately, you don’t need calculus or algebra to write a decent budget. In fact, you only need a 5th grade math level to truly write an effective budget. So don’t fall for the myth that just because you don’t like math that you should not budget. Because budgeting has less to do with math and more to do with being a responsible adult.  And even though I’d love to go back in time to where I wasn’t the one paying the bills, I can’t. 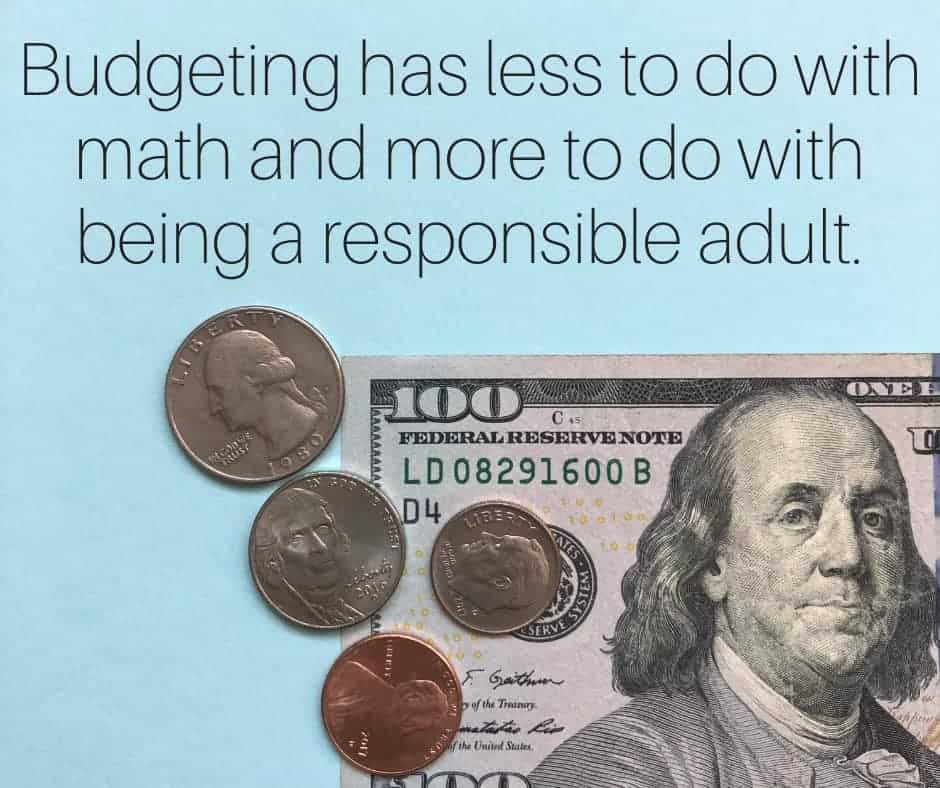 2. Writing a budget will limit my fun.

I can’t tell you how many years I believed the myth that writing a budget meant that I couldn’t have any fun. In fact, I thought that living on a budget meant sitting alone in my house eating ramen and never seeing my friends.  Sounds pathetic, right? Thankfully I was wrong and I learned that writing a budget doesn’t mean that I won’t have any fun. It just means that I need to have a plan for my fun.  This might look like calculating out how much money you’ll need to go out to eat twice each week.  Or determining the amount of money you need to set aside for a girls night out. But don’t use the “I can’t have fun on a budget” excuse.

3. My budget will be the same each month.

There is a common myth that every month your budget should remain the same. People will write it once and try to make their lives match the budget. But that’s the complete opposite of how it should work! Instead, take a look at your calendar and decide what you have coming up in the next pay period. Are there any birthdays or holidays that you have to spend money on? If so, write it in your budget! Traveling more often? Budget for it! Even your bills could change from month to month. Our electric bill looks a lot different in the summer than in the winter. So even though budgeting takes time, make it a priority! Write a budget for each month, or each pay period (whatever works best for you). If you’re not sure where to start, then check out the following articles on how to budget! 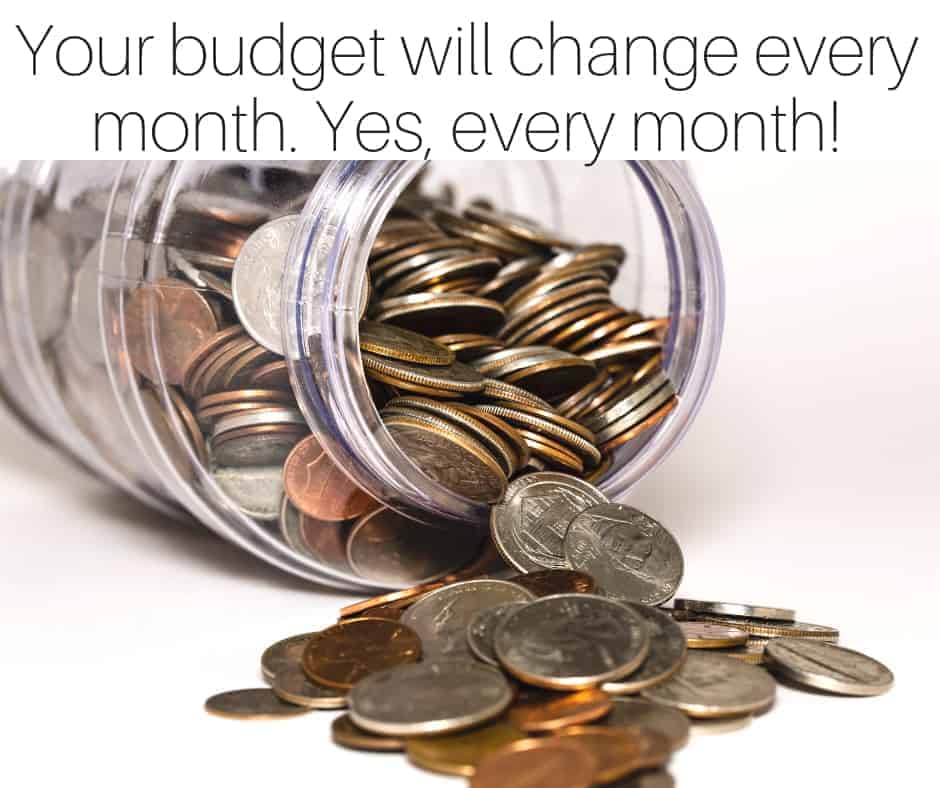 4. Budgeting can’t be done on an irregular income.

I’ve had people message me and tell me that budgeting on an irregular income is impossible. And I totally get it. I know that it must be extremely frustrating to not get paid the same amount each month. And it must also be hard if you’re not sure when you’ll get paid. But refusing to budget because you have an irregular income is just another myth or excuse. Although it might feel like you’re attempting to solve a 1,000 piece jigsaw puzzle, it is possible! And you can do it! Read more on how to write an effective budget while on an irregular income.

I’m going to be completely honest with you here. When my husband and I first started our debt free journey, I did not care for budgeting. In fact, I used to daydream about the day that I would no longer have to sit down and write a budget. Thankfully, I grew to actually enjoy writing our monthly budget! However, many people stop writing budgets after they become debt free. Or they use the fact that they are debt free as a reason for not writing a budget each month. However, being debt free and making a budget are not one in the same. Yes, writing and sticking to a budget will help you pay off debt faster, but if you’re debt free you should still be writing a budget.  As long as you have financial goals, then budgeting should be something that you do monthly! A budget is simply you telling your money what to do.

Be the person who shares the truth! 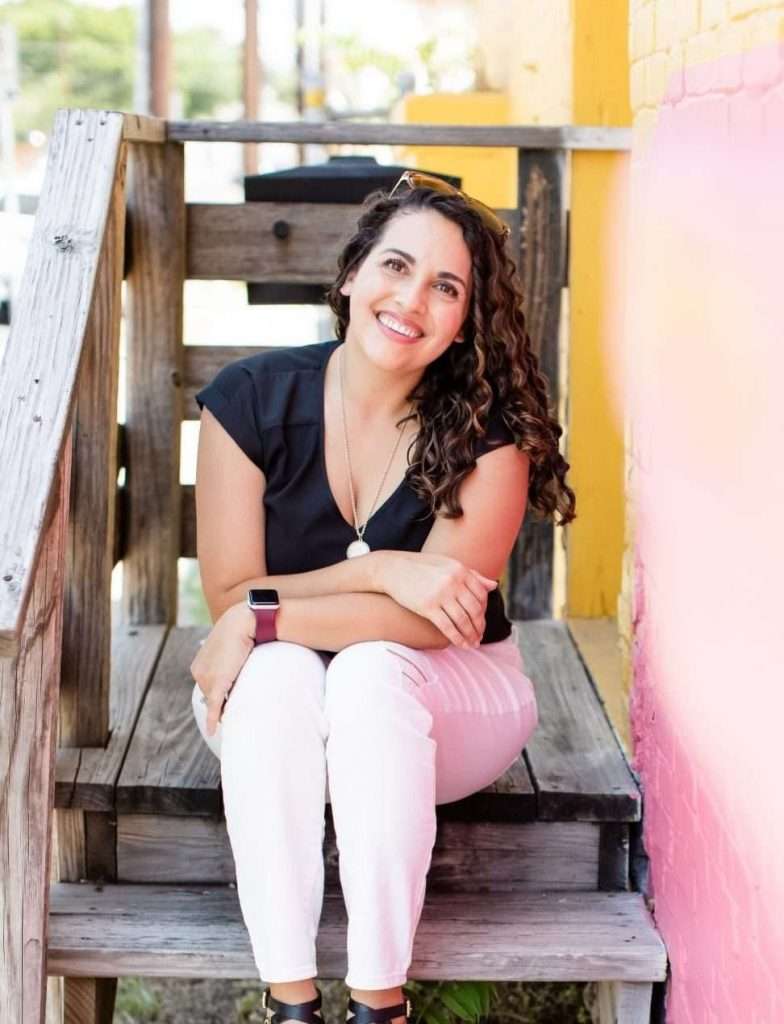 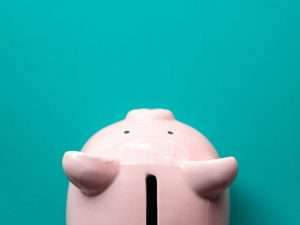 Invest While Paying Off Debt: Things You Should Consider 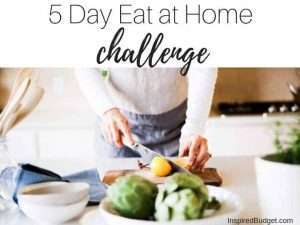 How To Save Money By Eating At Home 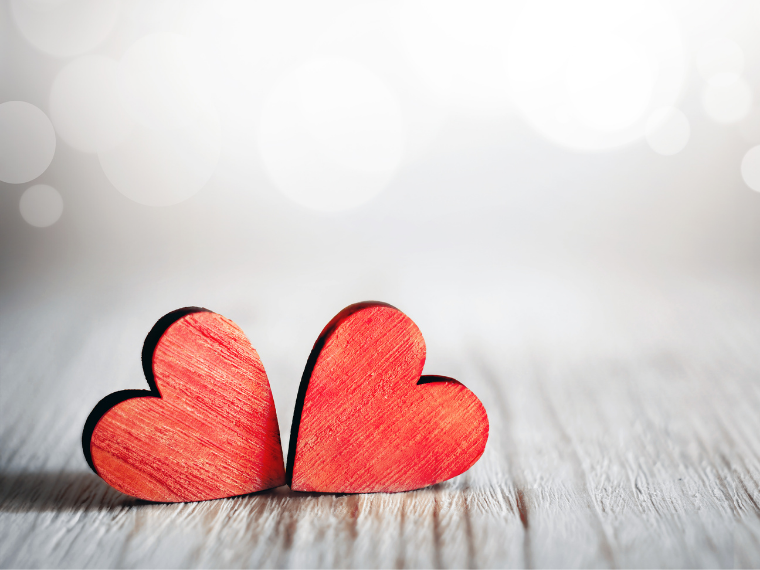 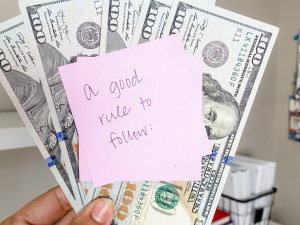 5 Ways To Recover When You Overspend 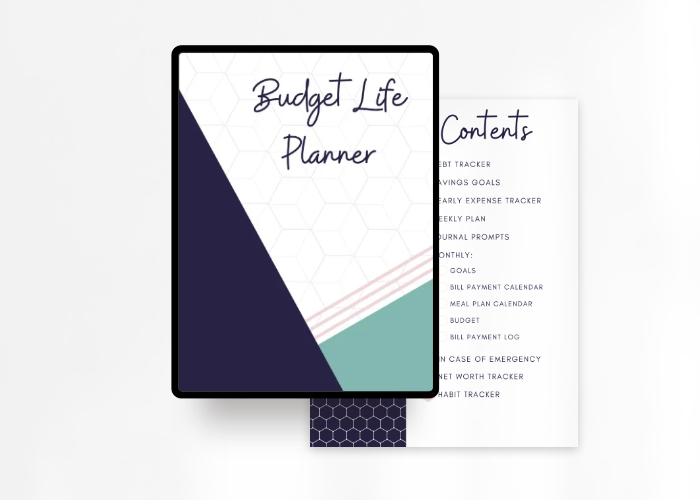