Over my 31 years of life, I have had a lot of unexpected expenses.  Bills that somehow find their way to my mailbox, a surprise surgery here or there, and cars that just quit working.  But the most unique unexpected expense we have had to date is when our beloved dog, Joey, had to have his leg amputated.  Yep, that’s right. Joey decided that he just had to jump that chain link fence. Over the course of a week, he developed a severe case of gangrene in his leg that forced us to have it removed.  I cannot tell you how hard it is to watch your pup go through pain and literally have a limb on him die. I mean, he was on his last leg, people (pun intended).

To be perfectly honest, we were not prepared for this type of unexpected expense.  Sure, we had some money in savings, but it was barely enough to cover the vet bills.  We were forced to make choices to keep ourselves from paying for his surgery on a credit card. 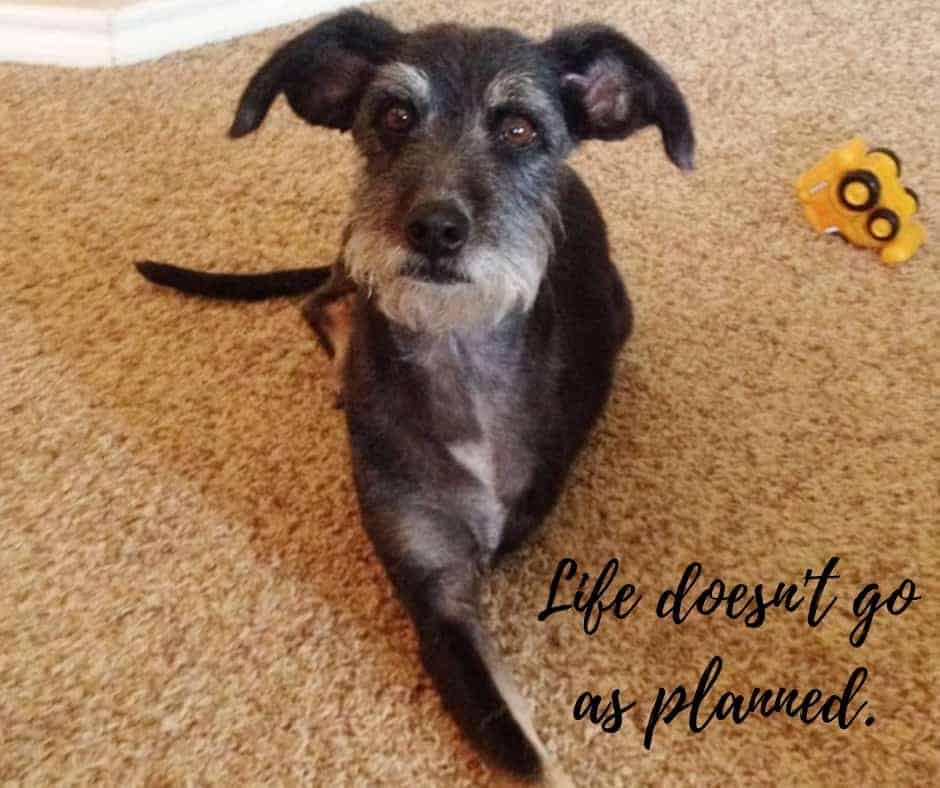 What are your priorities?

Obviously, keeping Joey alive was a priority for us.  His accident was a complete surprise, but not one that couldn’t be fixed.  But we’ve had other unexpected expenses that forced us to reflect back on our priorities.  For instance, my husband’s transmission died on him literally 2 months before we were supposed to become debt free.  Family and friends told us to buy a new car. “It’s okay! You already paid off so much debt. You already know you can pay it off.  Just get the new car.” I cringed when they suggested that. Yes, we were very accustomed to paying off debt. I could write a book about the process. But I was sick of debt!  I was done with it and was not willing to go into more debt when I could see the light shining at the end of the tunnel.

This experience forced us to take a look back at our priorities. What did we want more? A new car or debt freedom?  I bet you can guess what we did! We emptied our savings so we could get that darn transmission rebuilt. That’s right.  We breathed life right back into that old beat up car and it’s still running to this day. When life throws you a curveball, go back to your priorities and the goals you have set.

Can you live without it?

Sometimes, we have unexpected expenses pop up that we think are important, but just aren’t.  If you’re able to read this blog, then you live in a first world country.  I’m just going to throw that out there. Sometimes things happen to us that we think are a big deal, but let’s be honest…they aren’t.  They are first world problems which means they might not be problems at all.

A few years ago, my oldest son dropped my iPad.  The screen cracked and I got really mad. Like, scary mad.  How on earth was I supposed to watch the newest episode of Grey’s Anatomy while I got ready in the morning with a cracked iPad?  I demanded a new one. I mean, I deserved it! In my mind, I was shouting “Just take the money out of his college fund and get me a new iPad!”  That’s some quality mom thinking going on right there.  Thankfully, my husband is my voice of reason and he challenged my childlike reaction.  He asked me if I really needed an iPad.  Absolutely, I did!  Well, it wasn’t in the budget.  So guess what happened. I had to wait (gasp!).  In fact, I waited months until I was able to replace it.  Because it wasn’t as important as I initially thought it was. My reaction and desire for a new iPad was completely powered by emotions.  And emotions aren’t usually a good reason to replace something that unexpectedly broke. If you can live without it, then do it. 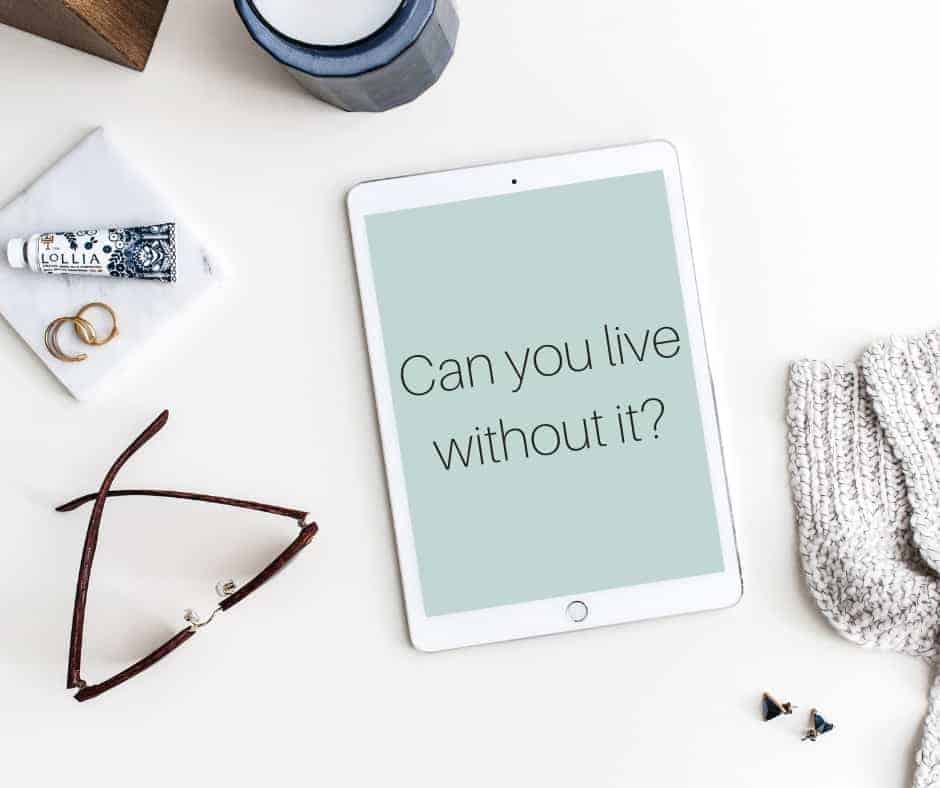 Can you save up for the expense?

Remember that story that I told you about my husband’s car? And how it happened just a few months before we were supposed to be debt free? Well just a few short weeks after that incident we learned that our youngest son (then 18 months old) needed surgery.  We learned that the surgery could wait 3 months, but no more than that. So we took that time to save us as much money as possible to pay for the surgery. We had just $2,000 in our savings account and knew the surgery would cost us at least $5,000. Not only did we cut way back on our budget, but we also increased our income.  I decided to teach summer school that summer so that we could throw more money at the medical bills.  By the time the surgery came around we had over $5,000 saved so that we could pay for the procedure in full.

Can you cut something else out?

Sometimes you’re hit with an expense that can’t wait.  It needs to be taken care of and you don’t have time to save up.  That was definitely the case with our dog’s leg amputation. In fact, we had a trip already planned for a few weeks after his emergency surgery.  We had budgeted $500 for our trip. We ultimately decided to cancel our small family vacation after seeing how high the vet bills would be.

At that moment we needed to take care of our sweet dog.  To help pay for the vet bills, we also cut other categories out of our budget temporarily. From extra money that was going to be spent on food or fun, it was gone for the month.  We had a new priority and had to take care of it quickly. Take a long look at your spending and ask yourself what you can get rid of, even if it’s for just a short time. It’s okay to sacrifice for a short time for a bigger purpose.

Prepare for the unexpected.

The most expected part of life is that it won’t go as planned. You can’t guess what hand life will give you.  And wouldn’t life be boring if you knew every next step you would take? I fully believe that we grow the most when we are dealing with life’s surprises. To help prepare for the unexpected, have a decent size emergency fund in place.  Yes, even if you are working to pay off debt, you should have money set aside in savings to pay for when your dog jumps that chain link fence. And if you have questions about what your emergency fund should look like, I have an article where I answer all of them!